For anyone working in tech, parsing through the alphabet soup of new and emerging software is a fact of life. New acronyms pop up everywhere! On top of that, understanding the differences between emerging products and existing software in integration technology is an uphill battle. iPaaS and ESB are great examples of this phenomenon.

Historically, Enterprise Service Bus technology (ESB) bore the brunt of businesses’ integration demands. But the last decade has seen the rise of the Integration Platform as a Service (iPaaS) market to address the recent explosion in integration needs. While both product areas focus on integrating technologies across a business, there are important differences between iPaaS and ESB that should inform how you decide which is right for you.

What are iPaaS and ESB?

iPaaS hosts the integrations between a business’s applications and data sources on the cloud, particularly SaaS. If you’re asking “what is iPaaS?” and want to dive deeper into the basics, check out the iPaaS 101 here. But to fully understand iPaaS, it’s important to go back in time and look at ESB.

ESB is an on-premise communication system that transfers data between components within a business. Originally, ESBs emerged to handle the integration needs of large enterprises, which were the first to use a high enough volume of software run into internal integration issues. ESBs are designed to handle relatively complex and high-volume traffic within an organization’s information ecosystem.

ESBs are commonly managed by an IT department. Thus, there exists a high barrier of entry for smaller organizations that lack the labor to implement an ESB. In the past, however, smaller businesses had a lighter technical load. That means less need for robust integration functionality in the first place. But that dynamic has changed with the explosion of SaaS and cloud-based applications.

Today, the world’s largest enterprises and smallest businesses are faced with the demand for integrating data and applications from external sources. iPaaS is the answer response to these issues.

While ESB and iPaaS both address integration, the specifics of their methodologies differ dramatically. Many observers simplify the distinction to “iPaaS is replacing ESB.” There is some warrant behind the claim, but there are important cases where ESB is still the right solution.

The Differences Between iPaaS and ESB

The first distinction is how ESB and iPaaS are deployed. ESB products predate the explosion and standardization of cloud-based development. Instead, the software is deployed on-site. If all of the IT architecture and software are on-premise as well, on-site ESB deployment is not necessarily a detriment. For IT teams that require on-premise software, possibly for security reasons, ESB’s ability to be deployed on-site can make it the right solution over iPaaS.

On the other hand, iPaaS is the leading solution for cloud-based deployments. As cloud-based technology has become normalized, iPaaS emerged as a native cloud-based solution. The advent of protocols like REST and JSON for cloud applications have helped make iPaaS feasibly cloud-based, where ESB lacked such opportunities ten years ago.

As a result of these deployment methods, ESB tends to be optimized to handle integrations between complex legacy, on-site, or internal systems. Enterprise Resource Planning software (ERP) is the prototypical example of this. This integration is often referred to as vertical integration.

In contrast, iPaaS specializes in integrations between external apps and data sources the organization uses. This is crucial to effectively integrating SaaS products, and is often referred to as horizontal integration.

Considering the area of systems that need to be integrated should be a significant factor in your decision-making process.

User base: IT vs. non-IT

The user or manager of the product also differs between iPaaS and ESB. ESBs are typically run by an enterprise’s IT department, while iPaaS are increasingly used by business personnel with less technical backgrounds.

This difference manifests itself first in multi-tenancy capabilities, or the ability for multiple people in multiple locations to access and use the same data at the same time. iPaaS usually enables this, while ESB does not.

iPaaS’s greater user accessibility also enables more ad hoc integration. iPaaS empowers non-technical staff (from marketers to HR and beyond) to implement, integrate, and onboard new software. In contrast, ESB tends to encourage a stricter view of roles between IT and the rest of the organization.

Mulesoft is an excellent example of the evolution in focus from ESB to iPaaS. Mulesoft currently offers the Anypoint iPaaS platform, but the vendor was historically an ESB vendor.

Mulesoft’s first product in the integration space was an ESB called “Mule” in the mid-late 2000’s. However, Mulesoft was an early mover in the iPaaS market with the release of the Anypoint platform in 2014.

Since then, Mulseoft has been fleshing out Anypoint’s API integration library, including an Anypoint Exchange for APIs and integration features, and hybrid integration capabilities. While there are ongoing questions by buyers where Mulesoft falls in the iPaaS/ESB binary, and the Mule ESB is still offered, the Anypoint iPaaS is the forward-facing offering by Mulesoft. This was likely the value proposition behind Salesforce acquiring Mulesoft in 2018. Mulesoft’s evolution over time demonstrates a common trend in the integration marketplace of legacy ESB vendors transitioning to iPaaS within the last decade.

Making the Choice: ESB vs. iPaaS

Given the distinctions between ESB and iPaaS, which situations are each product best suited for? If you are looking to integrate systems and IT architecture that are internal to the organization, on-site, or legacy content, ESB is better equipped to handle the complexities of those specific integrations. ESB’s preferred use case has become more niche with the growth of iPaaS.

For most other integration cases, an iPaaS will be the best product to service your needs. If you primarily need to integrate external applications, SaaS, and data, iPaaS has a much more robust toolkit and structure for managing your integrations.

One notable case that highlights iPaaS’s growing utility is the expanding Internet of Things. Analyst reports are pointing to device integration as the most rapidly-expanding market for integration, which demands the kind of immense real-time, horizontal integration that iPaaS specializes in. 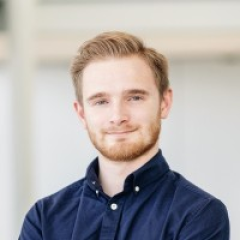 John is a Research Associate at TrustRadius, focusing on content development and buyer-guided research. His goal is to support and enable better software buying decisions, with an eye towards helping people from all backgrounds navigate the world of business software. He has a BA in Politics from Centre College.

62 posts by this author