Do you work for VMware?

Leaving a video review helps other professionals like you evaluate products. Be the first one in your network to record a review of VMware Fusion, and make your voice heard!

What is VMware Fusion?

Would you like us to let the vendor know that you want pricing?

What is VMware Horizon?

What is Amazon WorkSpaces (VDI)? 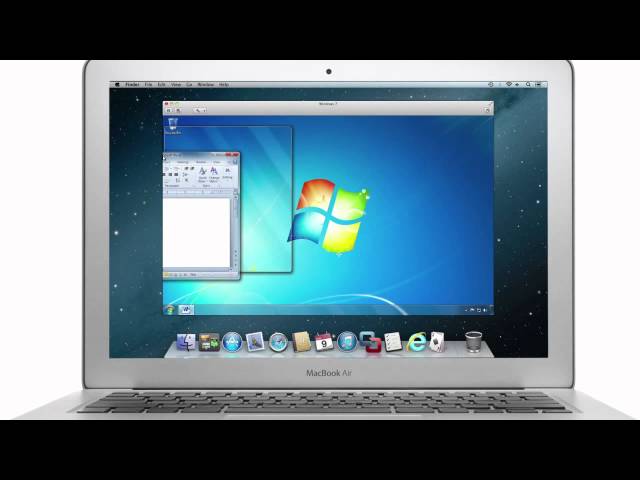 VMware Fusion 6 Overview
02:17
No scorecards have been submitted for this product yet.Start a Scorecard.

Software designed to give users the freedom to be more productive, agile and secure in a preferred environment. IT professionals, developers and businesses can use VMware Fusion desktop hypervisors for OS support, rock-solid stability and advanced features. With Fusion Player and Fusion Pro, run nearly any OS as VMs on Mac for development, testing, gaming or even simulating production clouds on local desktops.
What is VMware Fusion?
Vmware Fusion is a virtual user session software built to run Windows applications on Macintosh to run any Windows applications.
Reviewers rate Support Rating highest, with a score of 10.
The most common users of VMware Fusion are from Mid-sized Companies (51-1,000 employees) and the Computer Software industry.

About TrustRadius ScoringScore 8.8 out of 100
Compare

About TrustRadius ScoringScore 8.1 out of 100
Compare

About TrustRadius ScoringScore 9.2 out of 100
Compare

About TrustRadius ScoringScore 8.6 out of 100
Compare

About TrustRadius ScoringScore 8.3 out of 100
Compare

About TrustRadius ScoringScore 9.4 out of 100
Compare

About TrustRadius ScoringScore 8.4 out of 100
Compare

About TrustRadius ScoringScore 8.3 out of 100
Compare
Companies can't remove reviews or game the system. Here's why

As mentioned previously, perpetual licensing was the #1 reason. The interface is also cleaner, simpler, and less bloat. Parallels also seem to run a bit slower. Fusion was also more stable and significantly faster in both raw performance and graphics compared to Virtualbox. Virtualbox also had a tendency to random freezings on some of our Linux instances on occasion.

I have only used VMware Fusion, but I selected it compared to its competitors because of the reviews I read and the demos I saw. My decision was based on these factors: (1) reliability - this app is very stable; (2) simultaneous environments - some competitors require you to reboot the computer to switch between MacOS and Windows... with VMware Fusion, switching environments is as easy as switching between any other apps on your Mac; (3) value - the price was competitive, and the feature set made it the best value, in my opinion.

I've heard of other/competitive software but frankly once I tried VMware, I never looked back. There is absolutely nothing that I need that this product does not deliver. It's fast, effective and seems to be extremely durable and reliable. My only concern (and minor) might have to do with memory resources, but frankly it has not been an issue yet.

VMWare Fusion is easier to deploy and manage than Parallels and also has a much simpler and less expensive licensing system. For us these are win-win.

To be fair, with other products, if pricing was a problem for the organization, I would choose VirtualBox, because it works very well on Mac environment and it has most of the features that VMware Fusion has. However, I personally like the way I can run my Microsoft Windows application without losing my MacOS context.

As Hyper-V is Windows specific product, and primarily designed for Windows Server, it is difficult to compare Fusion and Hyper-V as they cater to different customer needs.

Comparing Fusion to Parallels is a bit more complicated as they are extremely similar products. Briefly, VMware has a drastically better licensing system and licensing terms as compared to Parallels. VMware is licensed for up to two computers, and is extremely easy to transfer licenses from one to another. Parallels, by contrast, is licensed for a single computer and can be extremely difficult to transfer that license to a different computer. In addition, Fusion is a part of a plethora of other VMware products that all work very well together and have great support from VMware.

On the other end, Parallels has a plethora of power-user features that VMware lacks (such as command line tools and the ability to run a VM as a background service) and in general has better support for 3D workflows.

In the end, in spite of Parallels having a good deal more power-use features than VMware Fusion, Fusion's better licensing terms and support makes it a better choice for the vast majority of users who need VM support.

If you only need to run a single Windows VM for a handful of applications and do not need to do testing or run multiple operating systems, Parallels Desktop may be the better choice, especially for less technical end users. Parallels is a bit more user friendly. If you need flexibility, then Fusion is the better choice.

VMware Fusion works much better for us because of the migration capabilities. We use VMware vSphere and the migration/conversion is seamless. Some of the other virtualization application do not covert or migrate VMs onto other platforms as easily.

As far as I know, VMWare is the only solution that really did what we used it for.

VMware fusion is very similar to Parallels but is lower priced, so its my preferred solution for running Windows on a macintosh computer. Vmware is also made by a much more well known company with a large support staff in place, so getting help with vmware fusion is always easy to do.

Fusion seems to run better than Parallels. It also is much more user friendly and intuitive to use.

I actually think it's almost exactly the same as VirtualBox. VirtualBox I used for hosting a Linux distribution, and I think that there are inherently more problems to configuring a Linux distribution than there are to a Windows virtual machine, so mostly my issues were due to that. Coming from VirtualBox, I was able to set up VMWare perfectly to my specifications. VMWare does have better out of the box file sharing between operating systems though.

VMware Fusion stacks up against VirtualBox. I selected VMware Fusion for its easy to use UI and clear steps available and documentation available online. It is also a popular tool, so to get an exposure to this tool, I opted to learn about it by myself. Also, there are many online tutorials available for beginners, so it is easy to learn by oneself.

Speed and reliability. Easier to use Frequent updates Management tools and utilities

All of this changes from year to year, too. Parallels and VMware both require that you buy an annual license every year to get updates that pack in performance gains and feature improvements. These annual updates are great in theory, but they’re not cheap, and they come every year without fail. This is a bit tiresome, especially when they lock out newer versions of Windows behind those paid upgrades. Provided you don’t need to be on the cutting edge, they’re usually pretty incremental, though, and you’re okay skipping one or two—as long as a new version of Windows doesn’t come out.