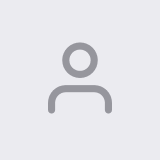 PureConnect is being used for it's contact center engine only in our environment. We have two separate production environments, a fully functional UAT and a fully functional DEV environment. We are in the process of phasing out Avaya deployments with PureConnect so the footprint is continually increasing. PureConnect has added visibility of agent activity compared to previous solutions. We are a fully on premise customer, so we do not use CaaS (or PureConnect Cloud as it is more recently referred to). We're using various aspects of self service to allow customers to access information 24x7 even from groups that are only staffed M-F during regular business hours including various different webservice integrations. In addition to the traditional call channel, we are also using chat and inbound email across multiple organizations. With the ease of deployment of PureConnect's current chat (and the migration to the hosted wigets coming in the future) chat is a breeze to have up and running. We also have one agency using agentless outbound dialing for specific functions such as reminders and receipt notifications.
Edit

You cannot compare PureConnect to the Nortel 11C that I used to support. They are completely different animals. In regard to the ShoreTel system that I supported, PureConnect was considerably more mature with vastly superior support, documentation and functionality.
Edit

Do you think Genesys PureConnect delivers good value for the price?

Are you happy with Genesys PureConnect's feature set?

Did Genesys PureConnect live up to sales and marketing promises?

Did implementation of Genesys PureConnect go as expected?

Would you buy Genesys PureConnect again?

I can't say that I would generally recommend this platform any longer. Genesys has outsourced their support for the PureConnect application family to a 3rd party that has had significant difficulties in the transition. All of their sales are marketing efforts are geared towards their cloud offerings. They are ending their sale of non-subscription licensing for the platform as of Feb 2022 as well, which is unfortunate as all estimates we have for migrating to their subscription model (even with the licensing bundling they have done) would lead to an increase in the tco of the platform.

If you already have this platform, it's great. If you're shopping around, I think you have better options.
Edit

3 - We have one dedicated support person over the infrastructure and environment. We can achieve this because we only use Genesys PureConnect for the contact center engine and all of the telephony endpoints are through other systems (Cisco, Avaya, etc). We also farm out move/add/changes to our agencies themselves as the granular security allows for a lot of administrative flexibility.
Edit

8
The products and platforms are stable and development seems to be headed in a clear and consistent direction at this point. The reason this is an 8 out of 10 instead of a 10 out of 10 is the account management turmoil. A revolving door of account management, being forced off of Genesys to a partner for purchasing and a rather rocky transition from the web portal to Genesys branded offerings.
Edit

Yes - We replaced (and are still in the process) of replacing Avaya contact center infrastructure. Genesys (Interactive Intelligence still owned CIC at the time) was selected as they won the competitive bid to replace the aging infrastructure. They met all of the bid requirements and were out of the other options available (renewing legacy Avaya support, Cisco, etc).
Edit

This was a competitive bid scenario. Price and features were the most important features together, as they are ultimately the deciding factors.
Edit

We have a standard process for accepting and submitting request for purchases for competitive bids. In the current market with the current trends, we would also look at pricing for services offered in a subscription model as well.
Edit

9
ICCE certification and training may look expensive, but it is much less than the cost to have a PSO organization come on site and configure your environment. Am I saying that someone with no experience with PureConnect can go through training and then come back and set up their first fully fledged enterprise production environment? Maybe, maybe not, but someone with PureConnect experience (say ICCS) could likely set up a DEV/UAT environment for you and handle your upgrades afterwards. The whole process sounds much scarier than it actually is.
Edit

Change management was minimal - The way that this was implemented, change management was truly only concerned with the steps that were taken to integrate the platform into existing systems like the PBX we are trunked to, web service integrations, etc rather than the over-arching process which fell more under the scope of project management and the specific contact center project.
Edit

10
The in person training and Genesys HQ in Indianapolis (admittedly, this was under the Interactive Intelligence name) was fantastic. The pacing was great even for a mixed experience class. The instructors were also SMEs which clearly showed through their instruction. I will caveat this saying that some of the training was expensive, but in the end it was worth it.
Edit

7
The online training itself is good. You are provided resources and can self study to a certain point, but the pacing always felt off. Either snails pace or like trying to drink from a fire hose. I think this easily could have had to do with course material and my personal preparations, though. I would say my main gripe is that since the acquisition the team responsible for actually booking training is very unresponsive and often not knowledgeable about the courses they offer. Booking my last training was a real chore.
Edit

8
The tiered support time is often good (not always quick) about finding the problem, but when it comes to getting a solution, if the problem requires an SCR it can often seem like a lifetime to get your resolution. I understand that this is not something that will only be found with PureConnect, but I have simple bug SCRs that have been sitting approved but unworked for over a year with no sign of implementation.
Edit

Yes - Genesys has a process for bug reporting and tracking through their SCR tracker/search tool. Some of the critical bugs, such as the .NET framework security changes in 2017 that resulted in bytestream read failures. Other, ancillary but simple fixes seem to sit on the back burner for an eternity.
Edit

Most recently, we migrated one of our callcenters IVR webservice integration from SOAP to REST. The version we were running on had support for REST, but did not, apparently, have the ability to parse NULL or DOUBLE values in the json response object. This caused some really amazing failures and havoc with calls in queue when this would get tripped. Genesys support stayed on the line, through a screenshare all the way to resolution on determining this as the cause of the issue. The agent even helped brainstorm a few ideas of how we could workaround the issue until we upgraded to a version that would handle these values.
Edit

9
From an agent's standpoint, everything within the agent applications is very straightforward and simple. You get a lot of visibility into what you are doing as well as what you have done that other platforms don't seem to offer while not coupling that with cumbersome interfaces or steep learning curves.

From a supervisor's perspective, the amount of visibility you have into the contact center activity is fantastic. It does require some upfront configuration to get the most out of it, but nothing is particular complex or convoluted. The built in help is a key feature for supervisory applications like IC Business Manager and Interaction Administrator.

From an administrative perspective, the platform just works. It's very easy to set up and can be fairly hands off after it is up and running. Some of the log files can be a tad obtuse when trying to find information that should be relatively easy to expose (main example, who changed a user's status or reporting on license usage) that just isn't easy to obtain or there at all, but for the most part administration and setup is easy.

Yes, but I don't use it
Edit

8
Genesys PureConnect's core and adjunct model allows for fairly easy growth in satellite locations via off site session managers, remote located media servers, remote content servers, etc to allow you to spread the infrastructure out while not pushing as much network traffic to your core data centers.
Edit

10
The application itself uses a hub and spoke model that can help isolate errors in one section of the application from the rest, creating a much more stable overall program. Of all of the outages that we've had with our contact center platform, I can count on one hand how often it was truly a Genesys issue rather than a network issue, server issue or issue with a platform relied upon for an integration (web services, db calls).
Edit

9
Some of the client applications take a bit of time on initial load, but with the move towards web based applications that issue is alleviated. You can tell that effort really isn't putting into the desktop apps any longer and that the client development effort is being put into bringing Interaction Connect closer to feature parity with the desktop (and bringing wholly new features to Connect).

8
I will preface this by saying that I was not involved with the initial sales process, but I have been involved in purchasing additional licensing and assisting in determining the correct licenses to purchase for various projects. I would say that during this process, we have experienced delays in the past, but those were being worked out. More recently, Genesys has pushed us to use a 3rd party reseller for all of our licensing purchases.
Edit

8
We had an issue during the transition from Interactive Intelligence to Genesys that took significant effort to resolve which prevented us from doing some routine changes in our environment. Since that has been cleared up, though, it has been fairly smooth sailing. It does somewhat seem like we have a revolving door of account reps and regional reps over our area, which isn't great, but this can happen with any vendor.
Edit

Bring someone technical into the process early to ensure what the pre-sales engineering team is proposing for your environment makes sense. I cannot stress enough having someone on your side of the table who is knowledgeable in platform to ensure that your technical and capacity needs will be met by the pre-sales designed offering.
Edit

Yes - If you are thinking of implementing now, good news: the application is super easy to upgrade. If you are an existing 3.0 or 4.0 customer looking to upgrade to a 20XX revision, you are in for a bit of pain. The modern upgrade process (after performing appropriate backups) is practically as easy as running a setup wizard for most programs. There are a few outliers: upgrading chat files and upgrading Interaction Connect, but Genesys is revamping chat in the near future and upgrading connect is straightforward, just different.
Edit